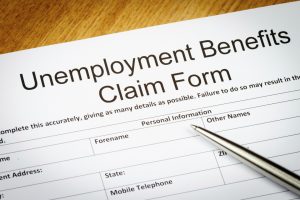 As you may have heard, there are changes coming to Reasonable Assurance.  The U.S. Department of Labor published federal guidance in December 2016 that changed unemployment compensation eligibility for both certificated and classified school employees.

To conform to the new federal requirements, the Washington State Employment Security Department requested that the State Legislature update several sections of the RCWs governing unemployment benefits (RCW 50.44).  The legislation was signed by the governor and went into effect on October 1, 2018.

The key changes impacting school districts are a three-part test to determine whether school employees are eligible for unemployment compensation during school breaks:

The tests are complex.  The overall goal, though, remains one of determining whether it is likely the school will employ the person after the break and, if so, whether the work is similar to the work the person performed before the break.  If the answer is “no” to any of the tests or if the requirement is not met, the next requirement must be addressed.  Following is an explanation of the tests:

If the final answer is “no” to these tests/requirements, the employee can use the wages from educational employment to establish unemployment eligibility.  Remember, it is the employer’s burden to show requirements are met.

Going Forward – Updating Letters
This is a new development and the Employment Security Department has not provided templates or examples of letters that will suffice. With this in mind, the below language represents Puget Sound Unemployment Pool’s (Pool) best efforts at advising you on how to proceed with your new reasonable assurance letters. Given the nature of this, we cannot predict how Employment Security will interpret each and every instance of this, and we make no guarantees. As with all new developments in law, this will require some growing pains and adjustments.

To wit, potential issues that may arise are instances where the school district is unable to state that there is a high probability that the employment pattern/hours will result in at least 90% pay for the coming term relative to the ending term. This is particularly at issue for districts making staffing changes or cuts.

We are pleased to notify you of reasonable assurance of continued employment with ____________ for the 2019-2020 school year. It is highly probable that this employment will be in the same capacity as your current employment as a ___________ with the same rate of pay and the same pattern of employment, including wages equaling at least 90%.

Questions
If you have questions about reasonable assurance, please contact the Puget Sound Unemployment Pool at (425) 917-7667.

Resources
We have compiled some resources if you are interested in more detailed information.