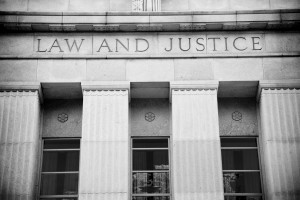 Making the decision to terminate an employee can be one of the most difficult issues an employer faces, and one that can be fraught with legal issues regarding the payment or denial of unemployment benefits.

A decision by the Washington Court of Appeals may help shed light on part of this multi-faceted issue.

Kopp vs. Washington Department of Employment Security dealt with the termination of an employee of a plastic molding company. The company had a rule requiring that employees immediately report all fires on company property to their supervisors.  The employee was trained on this rule and signed an acknowledgment that she understood it.

One evening, the employee was standing outside a company building while on break when she noticed some bark smoldering on the ground.  She returned to the building, and informed her co-worker, who was not her supervisor, about the fire. The employee then filled a small trash can with water and repeatedly doused the bark before returning to work.

The employee neglected to inform her supervisor about the fire, in violation of the company’s fire policy.  About an hour after the employee doused the smoldering bark with water, flames broke out in the bark and the fire department was called to put out the fire.

Subsequently, the employee was terminated and denied unemployment benefits due to employee misconduct, which occurred when she disregarded a reasonable rule by failing to immediately notify a supervisor of a fire.

In her defense the employee asserted: 1) her actions were less like misconduct and more like an error in judgment, and 2) firing her over one small error in judgment was too harsh of a consequence for a first time offense.

In order to find misconduct for violating a rule: 1) the rule must be reasonable, and 2) the employee must know or should have known about its existence.  No one would argue that it is unreasonable to make employees report every fire that occurs at a chemical manufacturing plant, even small fires.  The rule is reasonable.  It is also clear that the employee knew about the rule, as she signed a document verifying that she understood it.

Finally, the employee described not informing her supervisor of the fire as an “error in judgment” for which termination of employment was too harsh of a response.  However, the Employment Security Department does not consider whether an employer’s termination policies are too strict.  Employment Security only looks at whether an employer has satisfied the requirements of proving an employee engaged in misconduct.  Therefore, whether or not the termination of this employee was too harsh of a consequence is irrelevant to determining the employee’s entitlement to unemployment benefits.

In the end, the employee was denied unemployment benefits.

The main take away: make sure as an employer that your rules make sense and are regularly and clearly communicated to your staff.  If it is appropriate, have your staff sign an acknowledgement of key rules, especially in cases where the violation of the rule may result in termination and denial of unemployment benefits.